The development of geothermal energy

Climate change is a reality we are facing, and the development of renewable energies is a necessity.

Despite a huge shift towards renewable energies, there is still a long way to go.

The world’s installed power generation capacity is expected to double by 2050.

Geothermal energy, which consists of using the heat of the earth to produce electricity, meets these two challenges.

This heat is dissipated and is accessible in the earth’s crust. TLS Geothermics contributes to develop this resource!

Geothermal energy is a very sustainable primary resource available everywhere without intermittence and in considerable quantities. Its exploitation to produce electricity, heat or cold, does not emit greenhouse gases or pollution.

Geothermal energy in the world allows the production of 15GW of electricity in more than 25 countries and 35 GW of thermal energy. The four main countries producing geothermal electricity are the United States, the Philippines, Indonesia and Turkey. Their production amounts to more than 8450 MWe between them. However, resource inventories show that the geothermal potential in the world is considerable. This potential may even be of strategic interest to some countries.

In 2006, a study by MIT (Massachusset Institute of Technology) estimated the potential at 40 GWe in the USA. It could be 100 GWe by 2050 with Enhanced Geothermal Systems, the equivalent of 100 nuclear reactors.

TLS Geothermics estimates that in Europe, the potential is at least 16 GWe based on the concept developed by the company.

Deep geothermal energy has its place in the global market for renewable energy. However, it requires players capable of mastering the two main obstacles of this technique:

The fluid present between 2000m and 5000m depth has a temperature often >150°c (depending on the geological context).

The exploitation of this geothermal fluid offers an alternative to fossil fuels.

Geothermal energy for electricity and heat production in France

Geothermal power plants
These are installations that exploit the Earth’s internal heat through wells. Below is a schematic diagram of the operation of a 5MW power plant, a doublet of wells and a 5MW turbo-alternator.

Geothermal power plants for the production of electricity, heat or cold have many advantages and few disadvantages. 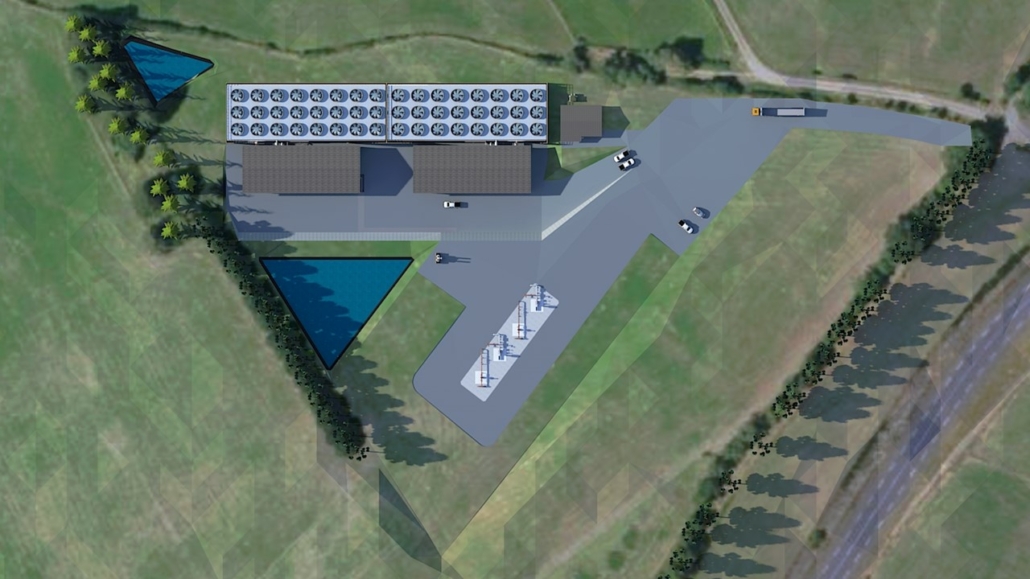 Advantages and disadvantages of geothermal energy

Advantages of geothermal energy in terms of electricity production:

Extraction of critical and strategic minerals

For several years, developers and operators have been working on the recovery of minerals and metals present in geothermal fluids. Extraction processes have been successfully tested in geothermal power plants on the Rhine plain. In addition, pilots are being tested in Cornwall and in the Americas.

Industrial projects for the extraction of geothermal lithium are underway in Germany, France, the UK and the USA.

Other elements are present in the fluids, such as rare earths, tungsten, germanium… and gases (helium and hydrogen). These elements could also be the subject of extraction processes in the coming years.

Currently, France has only 2 geothermal power plants for electricity production:

Since 2011, four developers have emerged (Fonroche, Electerre de France, ES Géothermie and Arvernes (renamed Lithium Geothermal de France). Since then, numerous permit applications have been filed. Each developer is different in its positioning. Storengy, has started to take an interest in high temperature geothermal energy in mainland France through its partnership with TLS Geothermics. Storengy also has a development underway in Guadeloupe with Teranov, a French developer based in Guadeloupe.

Since 2013, only one high temperature deep geothermal operation has been commissioned (Rittershoffen).

The last major deep geothermal operations were the wells drilled by the companies Fonroche and ES.Geothermie. These two projects are located in Alsace (Vendenheim 2017-2020 and Illkirch 2018-2019) in the Rhine basin.

The feed-in tariff for geothermal electricity in France

A feed-in tariff mechanism existed until May 2021, but the government has repealed it to comply with the EPP. The most advanced projects still fall within this tariff framework despite its abolition, notably the project by TLS Geothermics and Storengy (Geopulse for 2 units of 6 MWe).

Geothermal energy in France can be used to produce electricity but also to produce heat. This heat can be destined for the heating network such as district heating or tertiary buildings. To do this, a geothermal power plant uses hot water deposits from aquifers located at great depths.

It is also possible to produce cold thanks to geothermal energy in France and overseas. The thermal energy available from geothermal heat also allows, in some cases, to optimize the thermodynamic cycle in order to produce heat and electricity, this is called cogeneration.

Moreover, the exploitation of the geothermal fluid, allows to propose an alternative to fossil energies.

Finally, geothermal energy makes it possible to exploit a renewable energy to produce electrical energy that is non-intermittent and controllable.

Geothermal energy in France can help develop renewable energies by providing a new technical solution. It also allows us to meet today’s challenges and anticipate tomorrow’s needs. It therefore represents an ideal solution in the fight against global warming and has its place in the energy mix.